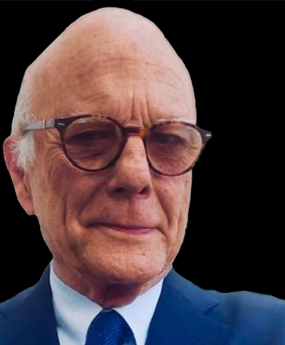 Alfred Leon was born in Cuba and moved to Venezuela when he was 14 years old. He has been married
for 53 years and has 4 daughters and 11 grandchildren. He attended four years at Universidad Central de
Venezuela and one year at University of Miami.
His favorite sport is golf, playing it mainly at Valle Arriba Golf Club located in Caracas Venezuela where in
different occasions he was director, vice president, president and member of the ethics committee
throughout a life time as an owner member of this prestigious club. It is worth to mention that he is active
member of The Association of Former Students of La Salle Del Vedado, Habana Cuba, located in Miami
Florida.
He started getting involved in real estate when as student he was a part time sales person for a mayor
real estate company in Venezuela. Years later he met Gulf American Land Corporation, at that time the
largest developer company in Florida. After an extensive training he got the representation for Venezuela
where he developed a sales force selling Florida CAPE CORAL and RIVER RANCH ACRES real estate. His first
Florida real estate sale was a Cape Coral lot in 1967. There after among other businesses, Alfred has been
involved in buying, remodeling, selling, renting, administrating and even building real estate in Florida,
willing and dealing with sellers, buyers, lenders, tenants, condo associations, construction workers, code
violations, permits, and obviously with hundreds of realtors. Although permanently living in Venezuela he
came and went to Miami arriving in his vacations apartment in Key Biscayne since 1975. In 2,009 he
became a permanent US resident still living in Key Biscayne.
After the pandemic in January 2,022 Alfred decided to become a full time realtor. On March 23th. he got
his real estate license willing to compete with the nearly 60,000 real estate licensed in Miami.

"Carmen is extraordinary as a professional and as a person. She is knowledgeable and efficient, she knows all aspects of this business and is well connected.... continued"
- Ximena Cabezas
View All